As the year 2016 is coming to an end, people are really excited about what will come to pass in the next year. In the last decade, a trend has been developed over the internet about psychic predictions. People who claim to be linked to the higher powers post what they think is going to happen in the future.
The thing is, while most of people don’t believe in this kind of thing, some people do. There are even predictions that have come true like Trump becoming the president of the United States. So, with 2016 just about to end, renowned psychics have been posting their predictions for 2017 for a while. Some are really good and exciting but some are really tragic and dreadful. I’ve gathered up a list of them so that you can know what they are and prepare yourself, just in case. Here they are:

Terror attacks are going to be more in number in 2017 because of ISIS losing their hold in the Middle East. In Paris, Brussels or Berlin, the underground station may be assaulted with gas. Gunman can assault the American Theme Park. Thailand may not be a good spot for vacation in 2017. There will be more bombings at clubs, restaurants, bars, sports events and malls etc.
\

There will also be political disturbances in the year 2017 around the world. Both, Hilary Clinton and Donald Trump may be forced to leave and some new president may be elected. David Cameron may have to leave and Boris Johnson will be the replacement. France, Austria, Italy and Sweden may face more vote demands. The Chinese currency will see a downfall as there will be a huge rebellion in China.

As for the economy, two countries in particular will face a lot of trouble and those are China and Brazil. The American economy will rise again. There may be issues in Britain but ti will recover fast and go back to its good days.

Career:
Career is tightly linked to economy of the country. If you reside in a country with economical decline, you will face serious trouble in your career. For example, China and Brazil will not be a place with a lot of jobs in 2017.

Finance:
It will be best if you devise a strategic plan for saving money so that you won’t have any issues in this department. It will hold true especially if you are in the country with predicted economical downfall in 2017.
All of these predictions are just that. In the end, you will have to take your own steps in order to make a better future. If you wait for them to happen and do nothing, you will ruin all your chances at success. 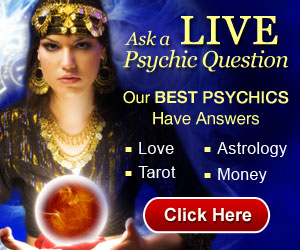